Dr. Samrat Jankar, a leading surgical gastroenterologist in Pune, specializes in providing a wide range of complex GI tract surgeries. With years of experience and vast knowledge in this field, the doctor is an expert in traditional and advanced laparoscopic surgeries, which are minimally invasive techniques.

Dr. Samrat is considered to be the best laparoscopic surgeon in Pune for his expertise in handling complex cases with ease. Some of the upper gastrointestinal surgeries offered by the doctor are Laparoscopic Fundoplication, Laparoscopic Diaphragmatic Hernia Repair, Laparoscopic TVGJ, Lap Duodenal Perforation Repair, Lap Cancer Surgery for the Stomach and Esophagus, and many more.

When do you need upper gastrointestinal (GI) surgery?

Dr. Samrat usually recommends upper gastrointestinal surgery if you suffer from heartburn, abdominal pain, acid regurgitation, bloating, and difficulty in swallowing which are not getting relieved by medical therapy.

These symptoms are caused due to several conditions, such as:

Inflammation of the stomach or duodenum

Gastroesophageal reflux disease (GERD) is a condition wherein the stomach acids frequently flow back into your esophagus. If left untreated, it can cause serious complications.

The surgeon will make a few small incisions in the abdomen during laparoscopic fundoplication surgery from which the camera and surgical instruments are inserted to operate on you from the outside.

After laparoscopic fundoplication surgery, you will be kept in the hospital for a day and will be discharged after you start drinking liquid. You can resume your normal activities after a week, depending on your overall health.

Laparoscopic Diaphragmatic Hernia Repair: Diaphragmatic hernia is basically a congenital disability where there is a hole in the baby’s diaphragm. The organs in the abdomen can move through this hole into the baby’s chest.

Diaphragmatic hernias, whether congenital or acquired, may need urgent surgery. During the procedure, the surgeon will move the abdominal organs from the chest and place them back in the abdomen. Then he will repair the diaphragm and reinforce the strength of the diaphragm with mesh.

Laparoscopic TVGJ: Truncal vagotomy and gastrojejunostomy (TVGJ) are one of the best options in the surgical management of chronic duodenal ulcer (Peptic ulcer).

Dr. Samrat Jankar, a renowned gastroenterologist in Pune, is an expert in this procedure. Truncal vagotomy and gastroenterostomy surgery are also used for gastric outlet obstruction.

During truncal vagotomy, the surgeon will cut off one or more branches of the main vagus nerve that travel down through your esophagus to your stomach and other digestive organs. It helps to reduce stomach acids.

Lap Duodenal Perforation Repair: Duodenal Perforation is a transmural injury to the duodenal wall. It may occur due to peptic ulceration, trauma, iatrogenic causes, duodenal diverticula, autoimmune conditions, infectious disease, tumor, or chemotherapy. It may cause acute pain or less severe symptoms related to fistula or abscess formation.

Lap Cancer Surgery for Stomach and Esophagus: Like any other part of our body, even the GI tract is prone to cancers. It includes stomach cancer, esophageal cancer, and GE junction cancers. Surgery is the most common treatment.

Dr. Samrat Jankar, a leading hernia specialist in Pune and a gastroenterologist provides the best surgical treatment for stomach and esophageal cancers. He is highly proficient in Lap cancer surgery for the stomach and esophagus.

During lap assisted transhiatal esophagectomy, the surgeon will insert a laparoscope through a small incision near the navel. Then through other small incisions in the abdomen, the instruments used for the surgery are inserted.

You will have to stay for a few days in the hospital after the surgery. 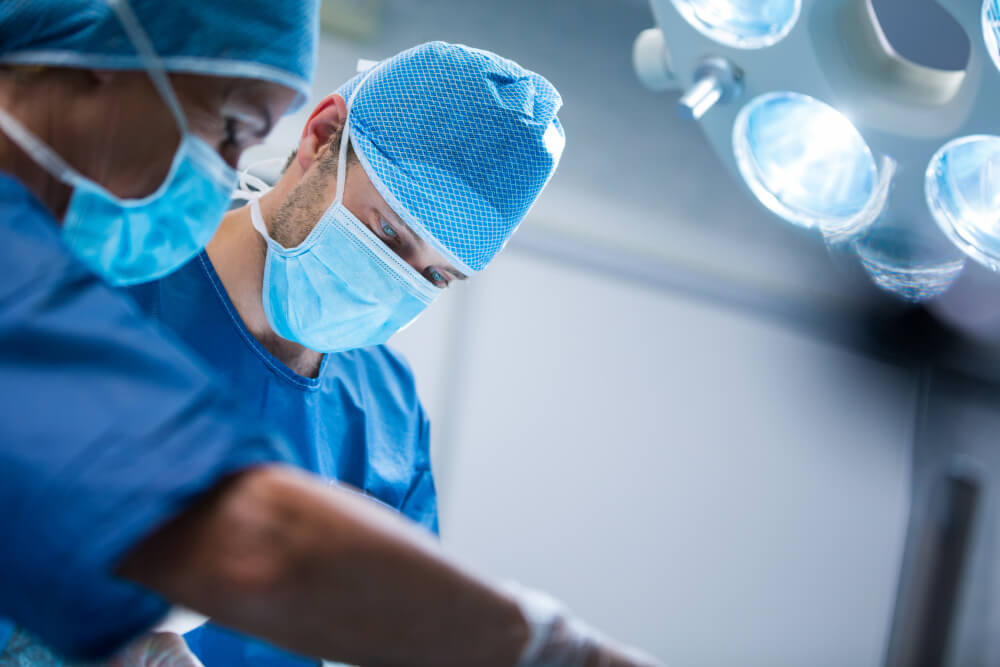 A person's ability to absorb nutrients from foods can be hampered by a lack of digestive capacity. If you have digestive issues, you should see a gastrointestinal doctor in Pune as soon as possible for a correct diagnosis and treatment.

People Speak About Us

Accurate Diagnosis and skilled surgery with apt treatment made my life Normal. Thanks for your service &support.

Highly recommend it for gastric problems. You will get the right treatment at the right time. Labs are with highly skilled personal and developed. This is about medical advice... What I like more about Mr Samrat is..... He is so calm to listen to you. He will listen to your every silly doubt and give answers in a technical and polite way.

Dr is very good, his advice me very good treatment, also he takes care in very well I really thankful to you sir.

Highly recommend for gastric problem. You will get right treatment on right time. Labs are with highly skilled personal and developed. This is about medical advice... I like more about mr Samrat is..... He is so calm to listen to you. He will listen your every silly doubt and give answer in technical and polite way. You will never feel alone when you are under his consultation. He will motivate in such way that you will cure 50% at time of consultation only. He is always present on phone for doubts. We are still in touch after his role in my case is over but he is giving his precious time to my all doubts. I personally feel very positive and energetic when Dr. Samrat is around. Thank You Dr. Samrat Jankar for such a treatment.